This episode of Degrassi will be considered groundbreaking, and at the same time I feel like this is an episode where I’ll have less to say about the episodes themes as usual. Part of that is because a lot of what happens in #IRegretNothing speaks for itself, while Miles’ plot is also the first one in Season 3 that feels like straight filler to me.

LOLA PLOT RECAP: Lola waits for the results of her pregnancy test with Frankie and Shay. Lola tells them the test was negative, but we see that she’s lied and she’s indeed pregnant. Lola tries to talk to Miles and asks him for a ride downtown or to even talk, but Miles blows her off for the play. Yael walks up and asks Lola about her assignment, which she forgot to work on. As Yael berates Lola for being responsible, Lola blurts out that she’s getting an abortion, and Yael immediately offers to go with Lola to the clinic. We find out that Lola hasn’t told anyone about her plans, not even her father; Lola says she’s done lots of researched and already had her mind made up weeks ago when she first realized she might be pregnant. At the clinic she talks with the nurse and is sure of her decision. In the procedure room, the doctor goes over how the abortion will take place. Lola asks the doctor if she’s the only 16-year-old to do this, and he says “You’re not the first today.” Afterward, Lola does her presentation by mirroring the diagram from her phone to the TV screen, but in the process her browser history shows everyone in class that she’d been doing research on abortion. Embarrassed, Lola hides in the bathroom. Frankie and Shay believe Lola was just researching her options and Frankie says abortion is basically killing a baby, which upsets Lola. She’s not upset that she had an abortion, but feels guilty because she has no regrets about it. Yael tells her she shouldn’t, and Lola does a vlog talking about her decision to get an abortion. Later, we see Frankie and Shay be supportive of Lola’s decision, and they say they don’t know what they’d do if they were in her shoes. As they’re leaving they run into Miles, and Frankie reveals to him that Lola had an abortion. Miles and Lola exchange glances to signify he realizes he got her pregnant, and as Lola walks away she tells Frankie and Shay she’ll never tell anyone who the dad was. 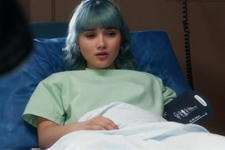 Of course Degrassi’s tackled abortion before, but what makes this story groundbreaking is that for the first time ever, Degrassi was able to craft AND broadcast the story they wanted to tell without broadcasters getting in the way. That’s why we’re able to get an intensely personal scene with Lola inside the procedure room in #IRegretNothing, and we see that Lola indeed has no regrets afterward.

It’s been a while since this show has been able to live up to “It goes there,” the tagline that ironically was given to Degrassi by the same network who refused to air an abortion storyline some 13 years ago in Degrassi: The Next Generation. However, Degrassi can say it’s truly pushing the boundaries like never before as we follow Lola all the way up to moment of the actual procedure. 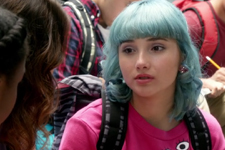 The awesomeness of Yael in the episode can’t be mentioned enough. She and Lola are in the same class and do vlogs together, but they don’t actually hang out as friends. However, it’s incredible that the moment she learns of Lola’s plans Yael steps up to go with her, no questions asked. Another incredible moment involves Shay and Frankie telling Lola, after implying they’d never go through with an abortion, that they have no idea what they’d actually do if they were in Lola’s situation. Everyone likes to believe they know exactly what they’ll do in every situation, but sometimes you truly don’t know until you’re actually in that situation.

When it comes down to Lola’s choice to have an abortion, Degrassi focuses not only on the fact it was her decision, but that she should own it. “It might not be everyone’s choice, but it was mine, she says.” A running theme in Season 3 has been showing that everyone makes different choices and that is OKAY, and it’s up to no one else but you to decide which choices are right for you.

MAYA PLOT RECAP: After her death photoshoot in #Unsubscribe, Maya and her mom are in a meeting with Ms. Grell and Simpson. Everyone is worried about Maya’s recent behavior of skipping class and not hanging out with her friends, and when they suggest she transfers schools she suddenly agrees to do everything they’re asking to get her life back on track. Maya tries to reconcile with Grace, but Grace wants nothing to do with her. Zig sees Maya’s upset, and she tells him that she doesn’t feel sad, she feels numb. She wishes things could go back to the way they were between them and Maya kisses Zig; he backs away because he’s dating Esme, who isn’t pleased when she sees what Maya did. We then see a scene where Maya has an intense daydream where she walks into traffic, but Saad snaps her out of it. He asks her why she has ignored him for days, and she says his photos made her feel something, but that probably wasn’t a good thing. Maya’s at home again and her mom yells at her for skipping school. Maya screams that the old Maya is gone and she doesn’t know how to get her back. Maya’s scared because there’s something wrong with her and she begs her mom for help.

In the blink of an eye we’ve watched Maya’s storyline go from haunting to heartbreaking. Degrassi has tackled mental illness time and time again on this show, but this episode strikes a powerful chord with Maya’s self awareness.

It’s wild how varied everyone’s reaction to Maya’s behavior is. We get a great tidbit of continuity from Ms. Grell, who reported Maya’s behavior when she saw her and Saad’s death photoshoot. Grell also points out one of the warning signs that something’s wrong when she says Maya hasn’t been hanging out with her friends like usual. Maya’s mom knows something’s wrong, but she thinks it’s just Maya going through a phase. Grace wants nothing to do with Maya after finding out Maya’s been ditching her to do those photoshoots with Saad. Zig shows genuine concern for Maya, but as she falls back into her old feelings in order to feel anything, Zig has to distance himself because of Esme. 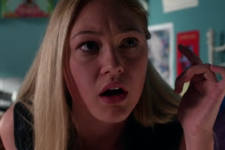 What’s brilliant about this storyline is the fact Maya’s doesn’t even really know why she feels the way she does. It’s unsettling to watch her break down, saying that she’s hurting and can’t fix it no matter how hard she tries. People usually want to specifically figure out the exact cause of problems, and that’s an issue when it comes to mental illness. It’s not like realizing your sink is leaking and then identifying the problem is there’s a loose pipe; there isn’t always a specific cause, or some magical cure to fix it permanently. We’re seeing just how scary and real this is for people whose mental struggles society dismisses on a daily basis. 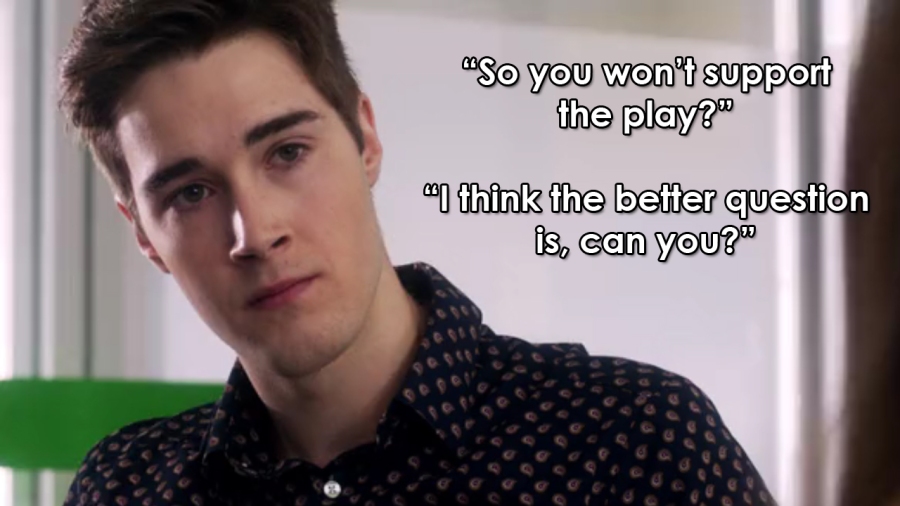 MILES PLOT RECAP: There’s an emergency when it comes to the play: while Maya was sitting in Simpson’s office she mentions something about the play dealing with suicide, so now Simpson questions whether the show will be triggering for viewers. Miles doesn’t know what he should do, but Tristan tells him to fight. Miles asks for Zoë’s help in getting Simpson to approve it, but when she read the script she grills Miles on whether or not he hooked up with Lola. He subtly confirms it and Zoë worries if finding out will hurt Tristan, who’s already going through so much. Miles tells Simpsons he’d be okay with the play being canceled; Simpson says the show will go on, but he’s made revisions to the script.

For me in Next Class Season 3 basically every plot has carried some great thematic value or immense entertainment, but with #IRegretNothing already having two very heavy storylines, there isn’t much room for Miles’ plot to do anything besides casually push the story along as we get closer to the finale. All it does is reaffirm for Miles how strongly he’s projected his feelings onto this play, to the point people can easily realize that he’s hooked up with Lola. The last thing Miles wants to do is to hurt Tristan, but this is part of the story is passing time until we get to I.M. Hope’s opening night.