How “Coming Out” Can Be Complex, As Shown On Degrassi

Today is #NationalComingOutDay! Degrassi has forever embraced the LGBTQ community, and earlier today they retweeted this post from the website Everyday Feminism:

Happy #NationalComingOutDay! Why #comingout isn't as simple as our allies might think: https://t.co/EzaDrhW6Qm #ComingOutDay #queer

This article points out how the idea of “coming out” isn’t as simple as we believe, especially for those of us who are cis and straight. Sometimes our idea of how it works is oversimplified (ex: someone questions their sexuality, struggles a bit, comes out to everyone and it’s sunshine and rainbows all in a short period). It’s easy to believe that it’s an easy process if the person just gets over their fear of being rejected by the world.

Over the years, Degrassi has shown characters “coming out” through the eyes of multiple teens who dealt with it in different ways. Not only that, there are often multiple layers to the process ranging from denial and confusion, to the difference in comfort level of say coming out to your friends versus your family. Below I’m going to highlight just a few situations where Degrassi showed the coming out process is more complex than what people might think.

Marco was the first major gay character on Degrassi: TNG. His biggest storyline is one of the most iconic episodes in the show’s history (Pride Part 1 and Part 2).

However, that wasn’t the end of his story.

His coming out happened in a series of phases, starting with him not telling anyone (except Ellie) in Season 2. In Season 3, he told Spinner during a confrontation, and everyone else in his social circle learned because of that. Then he came out to his mom in Season 4, but it wasn’t until Season 5 that he was finally able to tell his dad.

Riley’s arc is probably the best example of how complicated coming out can be. As a superstar athlete at Degrassi, Riley was hellbent on maintaining the perception that he was a “manly man who loved the ladies.” He spent a lot of time being in denial about his sexuality, and used anger as his defense mechanism.

Over the course of two seasons (8 and 9), Riley told Peter and Anya that he was gay. Even when he started dating Zane (someone who was comfortable with his own sexuality) in Season 9, Riley wasn’t comfortable with being “out” publicly until near the end of season 10. While he was out at school, Riley coming out to his parents was a different story. A lot of issues arose in Riley and Zane’s relationship because of Riley’s struggle with his own sexuality, and the relationship ultimately ended because Riley simply wasn’t ready to come out completely to his family.

He did come out to his mom on the show (being met with denial from her and her urging him to not tell his dad at first); we did learn he planned to tell his dad eventually, but he graduated and left the show before we could find out if that ever happened. 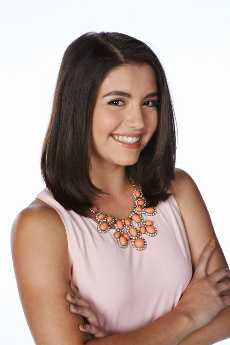 Tristan Milligan is the first major gay character on Degrassi to be out and proud since the moment he joined the show. He’s ultra secure in his sexuality, and this came into play majorly in Next Class Season 2 because he was adamant that Zoë do the same thing in regards to her own sexuality.

Zoë’s storyline in DNC S2 was hard to watch because we could see how much she was struggling with her own feelings. There was a gap in who she was and who she wanted to be, and it started leading her down a self-destructive path.

There’s a really important scene in #ThatAwkwardMomentWhen where Zoë finally confronted Tristan for trying to pressure her into come out:

Zoë finally came out to Winston, the guy who she was dating in order to hide her true feelings, and he provided her the emotional support she’s been looking for all along. We’ll have to watch Seasons 3 and 4 of Next Class coming in 2017 to see what she’ll do next.