“Degrassi TV” Web Series Is Back!

Degrassi announced the return of its interactive web series “Degrassi TV” by posting the series’ new intro on Facebook and soliciting for entries for its first episode.

The Degrassi TV web series is back and we want to hear from YOU! All the details on how you can submit a video and be part of it all at facebook.com/Degrassi

Degrassi TV is a club within the Degrassi universe that was started by Imogen in Season 13, with Winston and Becky eventually joining her. Epitome’s DTV web series has the show’s actors discussing the topics in character, and Degrassi fans are encouraged to submit video responses that are edited into the episodes.

The first episode of  DTV for Next Class will tackle the topic of sexual consent. If you want to submit a video, the complete rules can be found below and on Degrassi’s Facebook page. 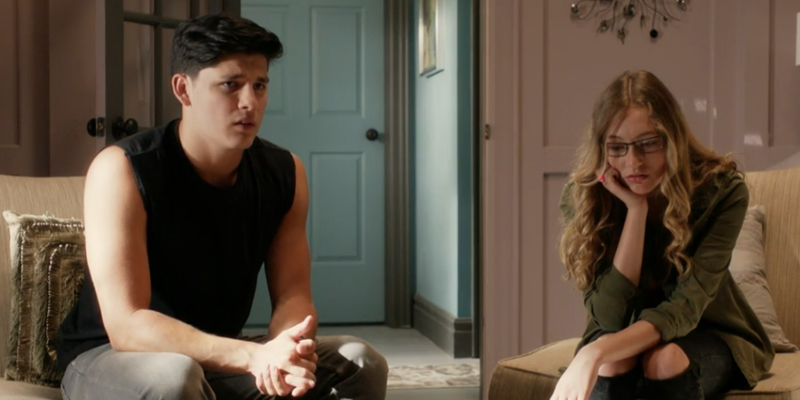 You saw Maya and Zig talk about it on Degrassi: Next Class, and now we’re talking about it. Is consent something you and your friends talk about? Is it an awkward conversation to have with a boyfriend or girlfriend? What’s the best way to start that conversation?

Send us your video and it may be included in an online episode of the web series Degrassi TV.

To submit: Email your video with your thoughts on Sexual Consent to dtvsubmissions@gmail.com

Please film your video horizontally and ensure videos are under one minute in length.

The submission period begins May 18th, 2016 and ends May 22nd, 2016.
You must be over 13 years old to submit a video.
Video selection will be at the producer’s discretion.
*Please note that by submitting your video you consent to your likeness being used for the purposes of Degrassi TV.