NextDegrassi: Next Class – “Off Set” With Richard Walters
Degrassi

March could be a big month for Degrassi awards. With the Canadian Screen Awards less than five weeks away, Ehren Kassam and Sara Waisglass have also received Young Entertainer Awards nominations for their role on Degrassi. 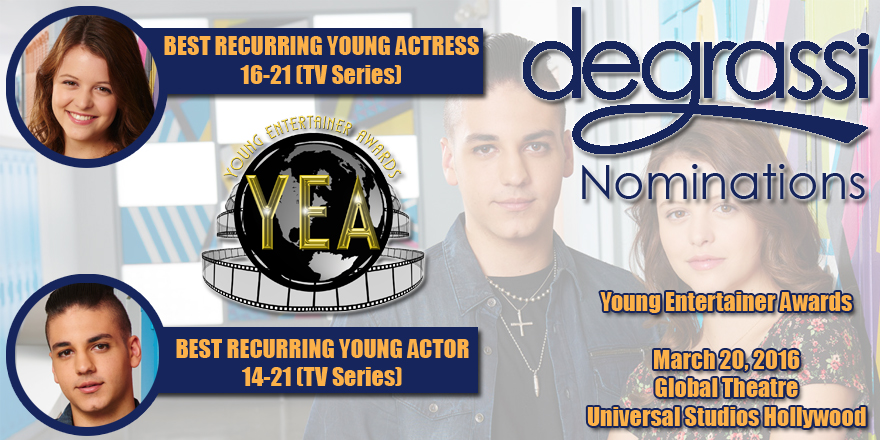 Both Sara and Ehren are nominated for their work in season 14. The Young Entertainer Awards recognize outstanding achievement in TV, film, theatre and music for actors ages 5-21. Congratulations on your nominations, Jankie!