NextDegrassi Cast Departs For Trip To The Amazon
Degrassi

Netflix Only Releasing The First 10 Episodes of Degrassi: Next Class January 15th

All it took was one oddly-phrased sentence to cause confusion.

When Entertainment Weekly released the Next Class trailer in November, they followed it up with this line:

“school is back in session for Degrassi: Next Class with 20 episodes on Jan. 15.”

The phrasing of that sentence implies Netflix will air all 20 episodes on the 15th, right? Based on past info (Family Channel’s first-run deal, initial reports that the episodes would be split into two blocks and Degrassi having randomly tweeted about it)  I was somewhat skeptical of EW saying that, but I went with it since they’re a solid source and plans can change.

Degrassi Source and I have been receiving a bunch of questions recently about whether Netflix is releasing 10 or 20 episodes next month, so we’ve been discussing this weirdness for a while…we’re pretty sure Netflix is only releasing the first 10 episodes worldwide on January 15th.  The Degrassi Source team was able to confirm with their sources (“sourception”) that Netflix is currently set up for 10 episodes.

Stephen Stohn also said something about it the other day: 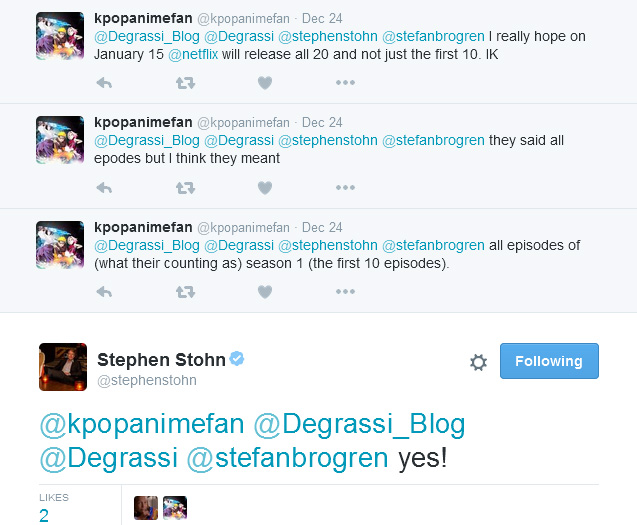 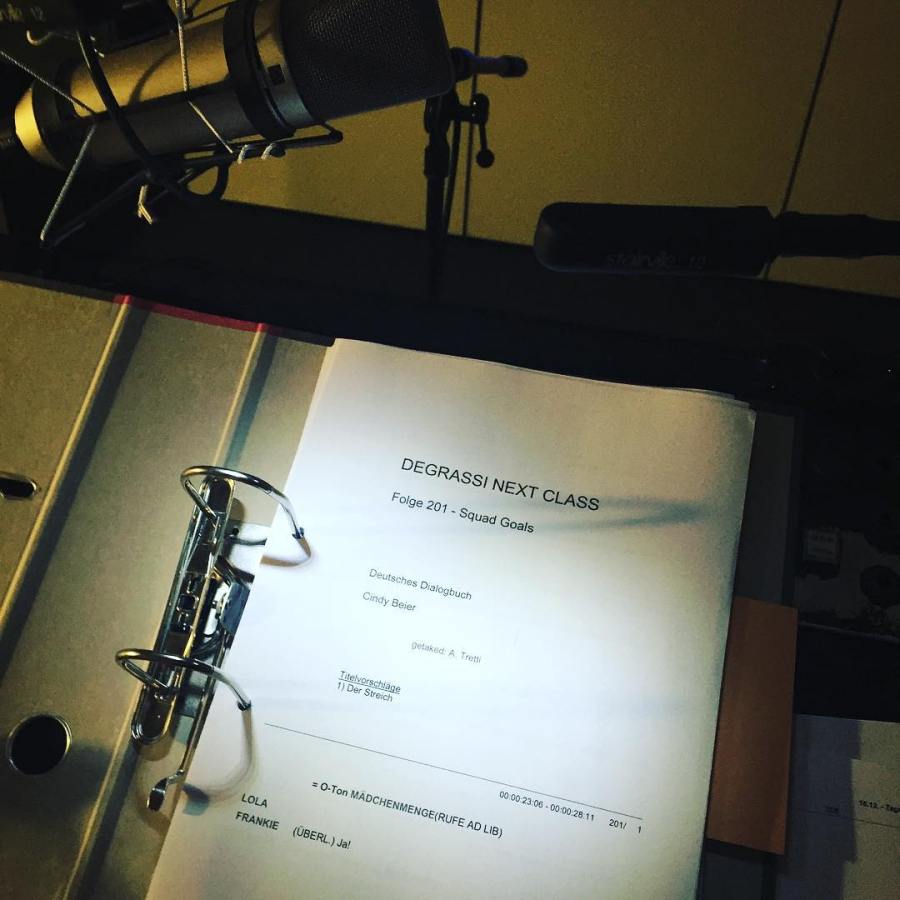 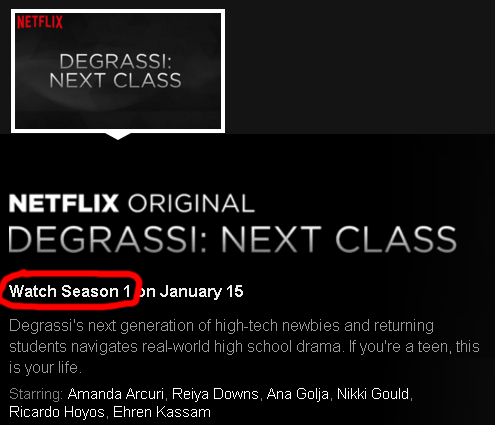 So the schedule goes…

*Netflix releases all of season 1 on Friday, January 15

*Season 2 will be released at a later date

Next Class still won’t be immediately available on Netflix in Canada, France and Australia.  When asked about a potential release date in Australia, the Stohn said the projected timeframe is May.

@Tom_degassi @Degrassi I believe the rollout in Australia is set for May….