Stephen Stohn On Degrassi’s Future: ‘Netflix allows us to go there.’

With the announcement of Degrassi moving to Netflix and Family Channel in 2016, there’s also been some concern within the fanbase about how Family Channel’s current branding will affect Degrassi’s ability to tell stories.  I’ve been saying for years that Degrassi is a fish out of water on TeenNick; just look at the rest of the network’s programming and it’s really quite surprising how Degrassi’s been able to get away with certain stuff in between fluffy episodes of old Nickelodeon hits.

I’ve never watched Family Channel (which is basically a Canadian version of Disney Channel), but just the name itself screams “we may have to water down Degrassi to fit our demographic.”  However, Stephen Stohn and DHX Media provided some assurance that won’t be the case in an interview with The Vancouver Sun.

An executive with DHX Television — which owns Family Channel and last year bought the international distribution rights to “Degrassi” — said adding “Degrassi: Next Class” allows the channel to serve their targeted audience of 14-to-16-year-olds “in a more directed way.”

“As we look to the future this provides us an opportunity in that later time (slot) to develop a more teen-oriented block,” Joe Tedesco, senior vice-president and general manager, said Tuesday from Banff, Alta.

That falls in line with the news released in April that DHX isn’t renewing its contract with Disney, and DHX is taking rebuilding the network into its own hands.  Could the network be in for a Noggin/The-N type split in programming?

As expected, the move to Netflix has an instant impact on the show’s boundaries…let’s hope the show can get even edgier in this incarnation:

Stohn said the Netflix deal is already shaping the way stories are being written, and ensures that the show’s edge won’t soften just because it is on Family Channel.

“We’re going for the online audience,” he said, insisting the show will continue to push boundaries. “Netflix allows us to go there.”

“It Goes There” was one of the marketing slogans for Degrassi on The-N back around season 4. 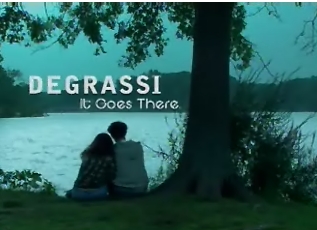