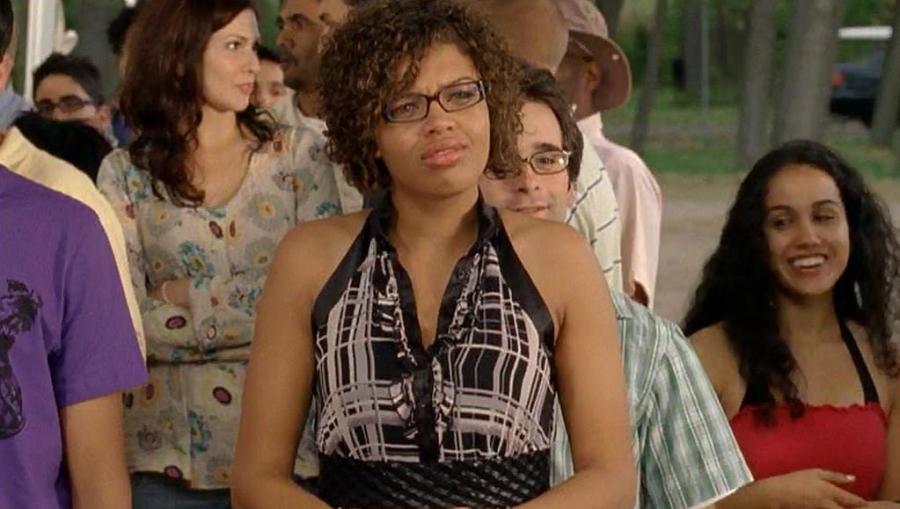 Why is Spemma getting married? And why is the Toby lookalike creeping behind me?

Kary, I thought you said way back in your Degrassi Takes Manhattan review that you thought the setup of Spemma was pretty good? – WhenDovesCry

This is in reference to what I said in my recent post, where I listed Spemma as a “jump the shark” moment on the show.  Let’s take a look back at what I said about Spemma in my review of Degrassi Takes Manhattan almost 5 years ago:

Yes, Spinner and Emma get married.  I’m speechless.  The setup is actually pretty good:  Jay, Manny, Emma and Spinner go to Niagara Falls for a night of cheering Spinner up, aka drinking and gambling.  Spinner and Emma wake up from their drunken stupor to realize they had gotten married at some point during the night.  Now they decide to remain a couple which is fine by me…there have been way more random couples in Degrassi’s history.  They even share a moment (my favorite part of the whole movie) where they talked about Emma’s science project and Spinner’s boner from WAYYYY back in Season 2 (Weird Science, one of my favorite episodes and their most notable interaction up until this point in the series).

However, the fact that they decide to REMAIN married (and suddenly start talking about how they love each other) is a level of randomness that I simply can’t wrap my head around.  I guess the only option for the last two original characters of the show who are still around (and aren’t going anywhere) is to get married, eh?

If you follow me on twitter, then you know I rewatched this episode several days ago.  It’s insane how much I actually enjoyed some of the Spemma stuff as they hooked up and tried to figure things out.  The “Spinner Shrine” is one of the most beautiful moments of continuity ever.  However, just like when I originally reviewed this episode, Spemma being romantically involved isn’t the issue, it’s their decision to REMAIN married and the sudden declarations of “love and forever” that are nonsense.  These two went from 0 to “I love you and want to be with you forever” in about 2.50383 seconds while sitting there with the divorce attorney (played by Munro Chambers’ uncle, Colin Mochrie).

“I’m just here to tell you my nephew is coming to Degrassi in season 10.”

I would’ve been perfectly fine with them deciding to simply pursue a relationship to see where things go from there, but given that this was going to be their final appearance on the show that simply wasn’t going to happen.

why do we have to live Canada to audition for Degrassi ? – isabel

Questions about Degrassi auditions are, without a shadow of the doubt, the most-common questions I’ve received since starting this blog.  I’ve even had people send me their headshots, personal information, etc., asking me to help them land an audition.  Since it’s been a while, I’ll just remind everyone that I don’t work for Degrassi.  I can’t be employed by Epitome Pictures because I’m not a Canadian citizen.

For as long as I can remember, the show has received a lot of funding from the Canadian government.  One of the stipulations of accepting said money is that they must hire Canadian citizens for their cast and crew.  Some of them are dual citizens (Canadian/American)…heck, the Stohn is! But you’ve gotta have the legal ability to work in Canada in order to have a shot at auditioning.

This is one tiny avenue you might be able to take if you’re an American; Canadian work visa.  The Stohn said forever ago that those who have a Canadian work visa are eligible to audition.  No, it’s not an easy process, and honestly it’s a lot of freakin’ hoops to jump through just to audition for a show.  Oh, and you also need an agent.  Probably a Canadian one, since they usually go through agencies to search for actors.

when is degrassi coming back anyway? this show was my favorite! i miss it so much im ready to watch it again. – shabaeeee88

Today is Thursday, April 9th.  Barring some major meltdown by an intern at TeenNick or MTV Canada where they accidentally leak information (it’s possible, lol), we will know Degrassi’s return date on Sunday, April 12th.  MTV Canada plans to run a 14B promo during the MTV Movie Awards on Sunday night.  Until then, here’s a sneak peek pic that Degrassi posted: 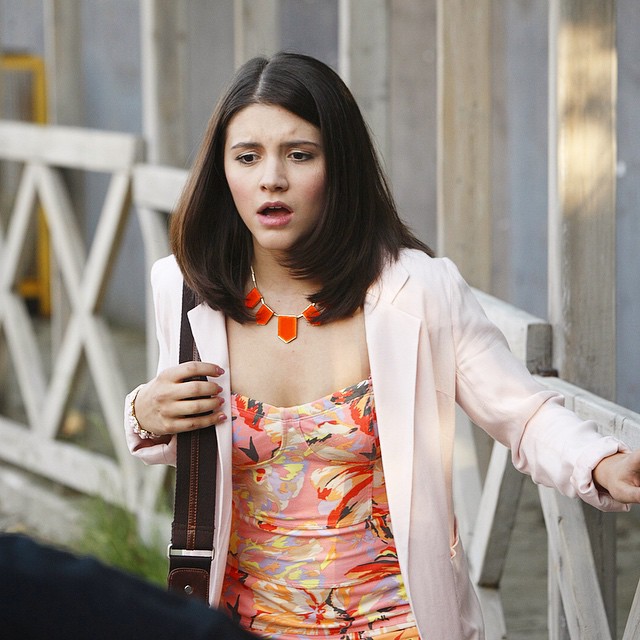 As we all know Danny/Derek went from best bros to barely even friends towards the end. Do you think the dissolving of their friendship was a good storyline choice for them or would you have rather seem them stay best friends? – anonymous

I’m not sure if it was intentional or not, but I thought it was pretty interesting of the show to essentially break up what was a super tight duo.  Romantic ships are the primary focus of the show and its fans, but nothing can beat a good ole’ Degrassi friendship.  Degrassi’s track record for ships doesn’t lie: if you’re in a romantic relationship with someone while on Degrassi, there is a 99.999999999999999999999% chance your relationship will fail.  This is even dating back to Degrassi Junior High in the 80’s!  Friendships, however, have far more longevity.  Even if the characters wind up drifting apart to do their own thing for a while, they tend to gravitate back toward one another.

As nice as “BFF’s 4ever” sounds, the harsh reality is not even the best of friendships are guaranteed to last forever, and I think that’s a very important lesson for people to understand.  We definitely saw a shift in these characters after Got My Mind Set On You, as Danny went on to join Studz and become Degrassi’s popular QB1 while Derek started hanging out more with Bruce.  Just off the top of my head, I’d like to think the decline of Danny and Derek’s friendship shows what happens when two people simply grow apart.  We assume there’s some definitive moment that perfectly explains why something happens, so it’s scary when you wake up one day and realize something has simply faded away.