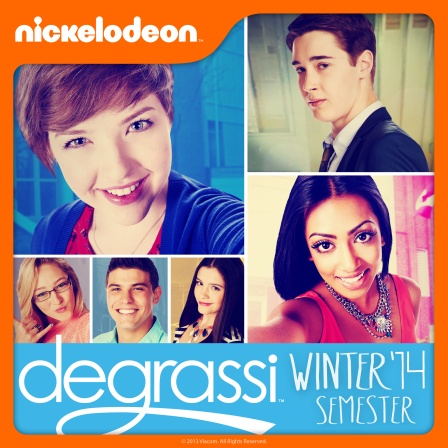 Degrassi episodes are always available for purchase via iTunes after they air, giving you the option of buying individual episodes or a “season pass.”  On top of posting a promo highlighting what’s coming up in 13C, TeenNick updated the iTunes section of 13C with this description for the block:

**********
It’s a Degrassi celebration as Alli rings in her eighteenth birthday and makes a huge decision about her future. Meanwhile, Maya and Zig are forced to team up for an assignment, Maya tries to pass a test to hang with the rebels, and Imogoen protests the Degrassi dress code. And as Drew tries to keep things casual with Zoe, he realizes it’s easier said than done. When a messy breakup causes trouble for him, he tries to put it behind him as fast as possible.

Then, shhh…the semester swings into a theme of secrets and discoveries. While Alli hides a secret from her parents, Miles discovers shocking news about his family. He’s determined to find out the truth about his father, but can he handle it? And as Eli slips away, Clare suddenly finds herself growing closer to Drew. Worried about her feelings, she ends up setting some strict rules to follow. Meanwhile, Dallas wants nothing more than to be with Alli, but the truth about her relationship with Leo could send him over the edge.
**********