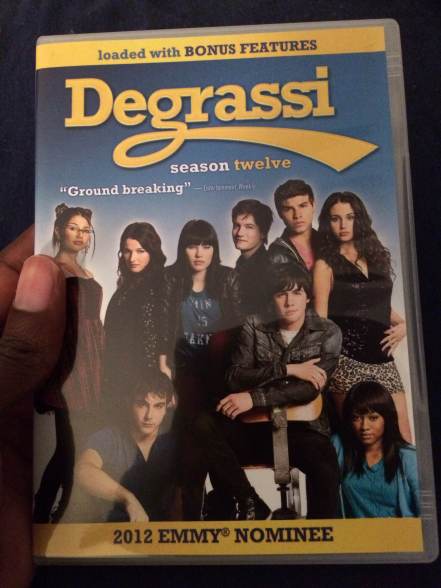 It’s that time of year again, where I jump on here and give you my thoughts about the latest Degrassi DVD release.  Normally the value of these DVDs for me lies in what extra features come with them.  However, season 12 is a really strong season, and would be worth owning even if there were no extra features at all.

Right off the bat it needs to be mentioned that ALL FORTY SEASON 12 EPISODES are in this DVD set.  Since season 10, the seasons have always been broken up into two different DVD releases: 1) the summer telenovela and 2) the rest of the season.  If you bought the DVDs as they were released, you were spending anywhere from $30 – $40 for an entire season.  Because online retailers like Amazon always sell the DVDs cheaper than the list price of $19.99, season 12 is an absolute steal by default. 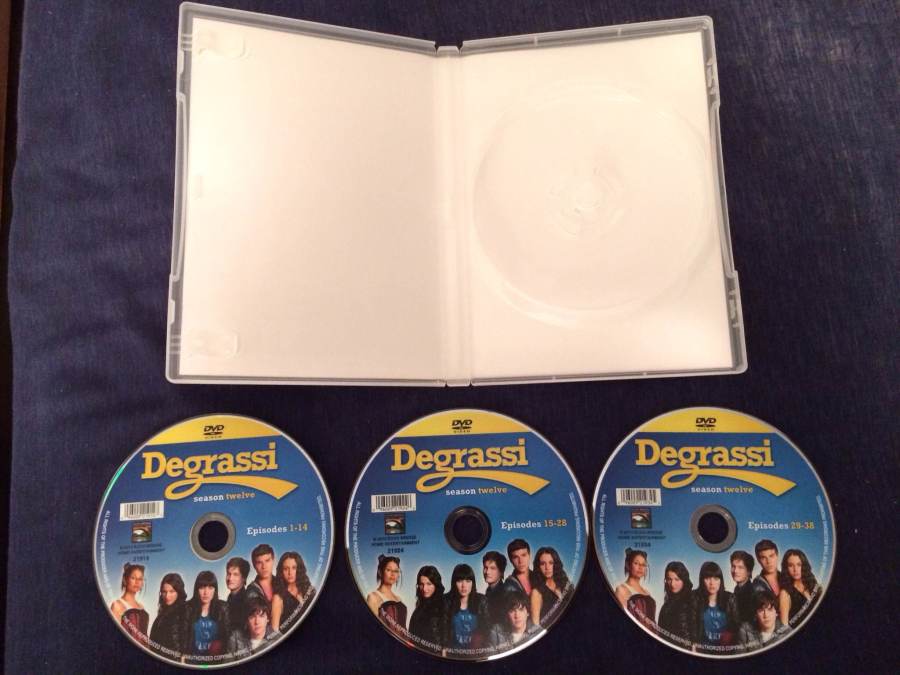 The first thing you’ll notice is that Echo Bridge has abandoned the the confusing double-sided DVDs, returning to single-sided ones that clearly identify the discs and their content.  Normally the cases come with multiple media trays to hold the DVDs, of which one is flimsy and fragile. This case only contains one, a deeper tray and longer circular hub that lets you stack the DVDs on top of each other.

Each disc contains episodes as well as bonus features: 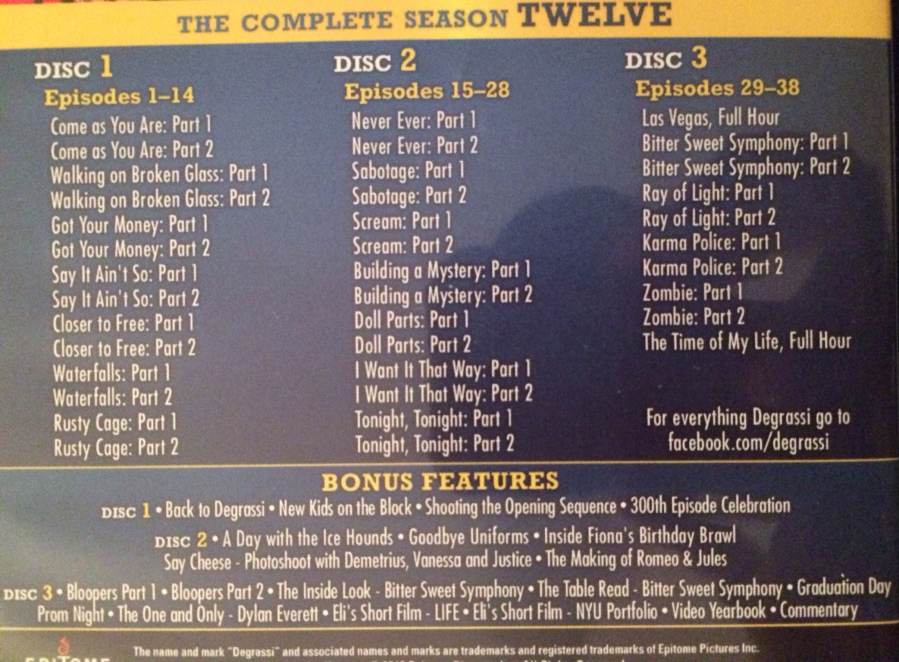 Disc 3 says there’s only 38 episodes, but that’s because the Las Vegas special and The Time of My Life are treated as if they’re one-hour episodes.

My biggest complaint about the season 11 DVDs were the terrible menus, which lazily listed the episode numbers instead of the episode titles.  I’m happy to report that I won’t have to fulfill my promise to drive up North and break the DVDs over someone’s head, as the season 12 DVD menus are absolutely wonderful.  The main menu is simple, and this is the first Degrassi DVD set to not loop any music. 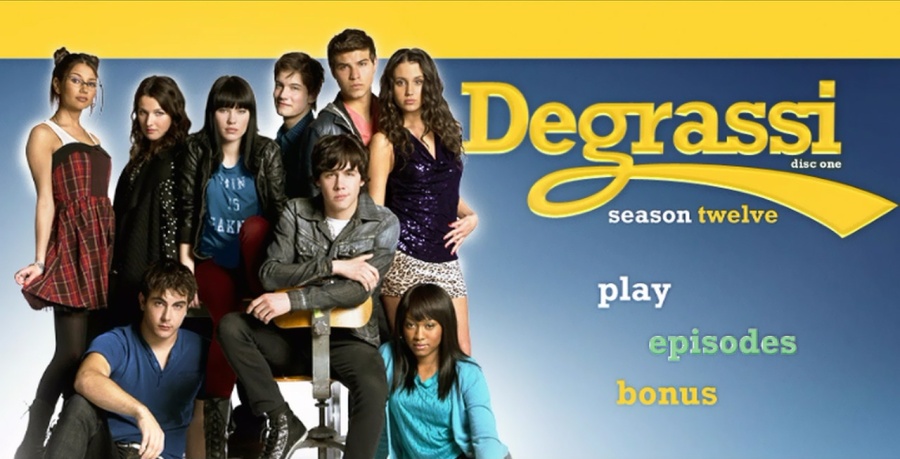 The episode menus are exactly what they need to be…direct and easy to navigate. 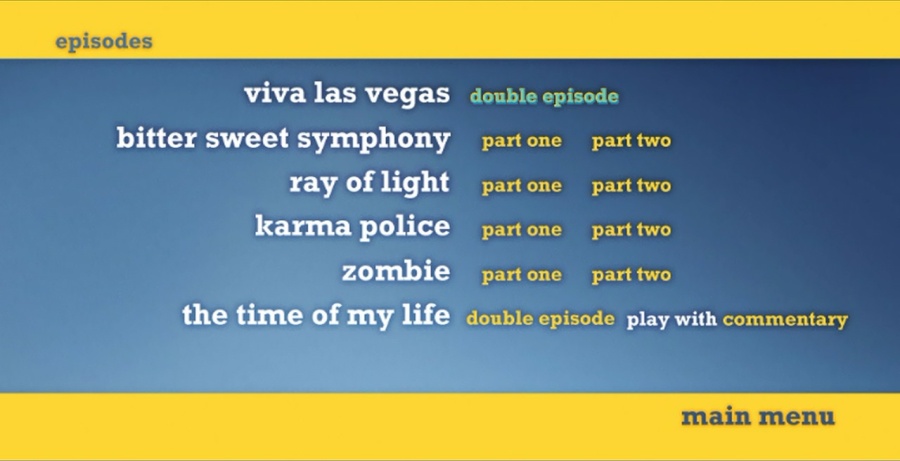 Degrassi has done a wonderful job over the past few seasons in regards to extra content, and it continues the show in these DVDs.  The bonus features and bloopers are well done, and even if some of the behind-the-scenes videos have been posted online before they’re still worth watching again.  The only disappointing aspect of this DVD set is the lack of commentary.  The Time Of My Life is the only episode with commentary, which is a thoroughly underrated feature.  Otherwise, what you get with the Degrassi 12 DVD is a nice-looking, robust set that does season 12 justice.