Below are the final results for the Sweet 16 Round: 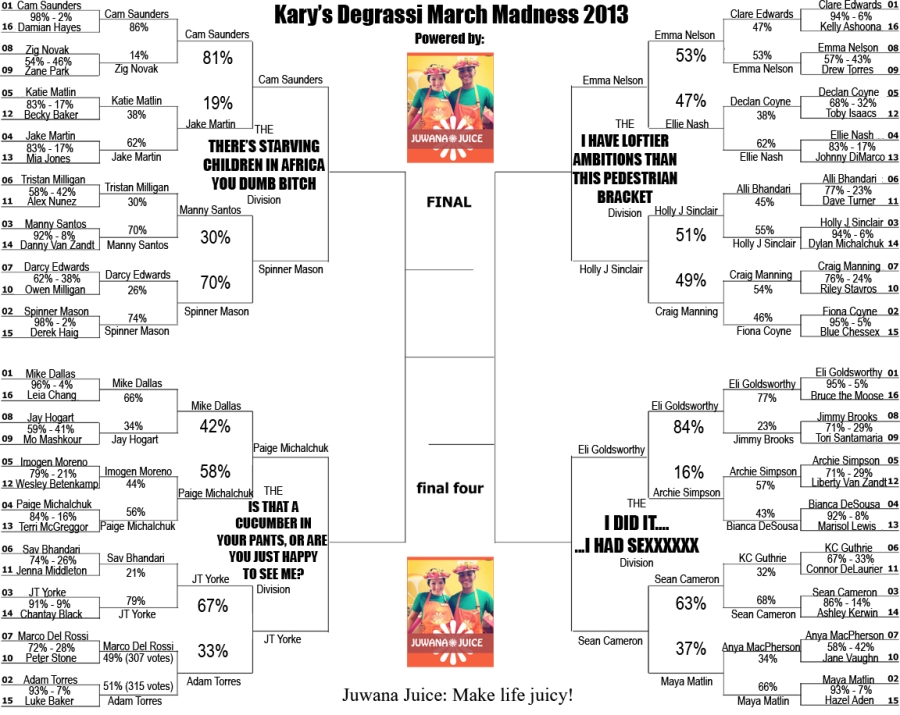 The massacre of the top two seeds in the Cucumber division comes as a shock…Adam not so much, but most definitely Dallas (who I assumed would win based on his current relevance on the show).  I’m also surprised at how well Emma is doing, since she’s taken out Clare and former DMM champion Ellie. 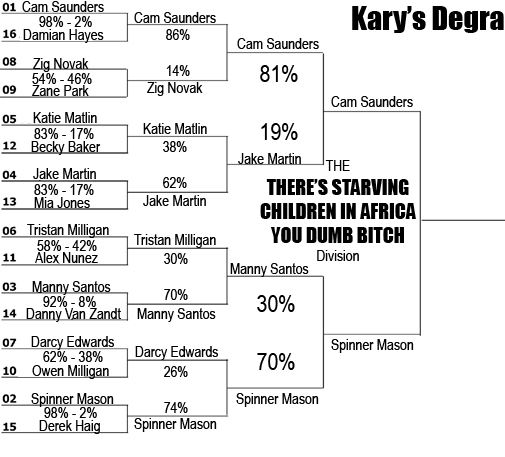 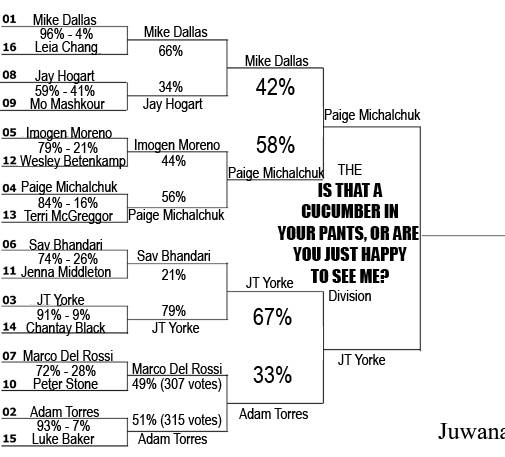 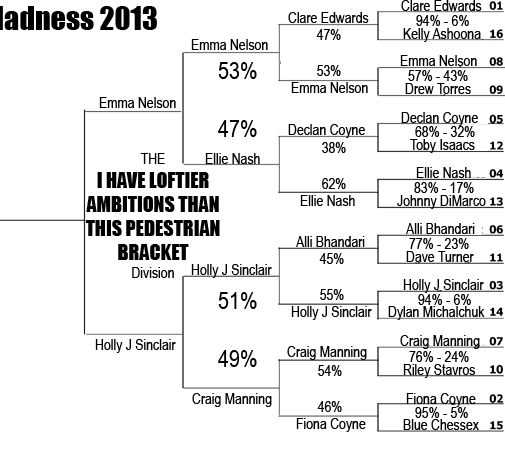 Here’s a coincidence for you: Spinner, Paige, Sean and Emma have all advanced to the Elite Eight Round.  All four of these characters were in the Elite Eight in the 2010 Degrassi March Madness bracket…three of them move onto the Final Four.  Can any of them repeat?  It’ll be hard with three ridiculously strong contenders (Cam, JT and Eli) in the way…they’ve been blowing out the competition with no effort.

For each correct pick you made in the Sweet 16 Round, you received 3 points.

The Cucumber division did a lot of damage in this round, and for some it completely ruined their chance to win.  Adam losing isn’t all that shocking because honestly that could’ve gone either way with him or JT…it’s Dallas losing to Paige that hurts.  Emma has played spoiler by taking out Clare and Ellie, the two most popular picks from that division to make it to the Final Four.

Kary – 70pts (At this point the I’m just proud that I was extremely confident from the beginning that Sean would make it to the Elite Eight.  Like many people, two of the divisions on my bracket are busted (Cucumber and Loftier Ambitions), so I’m just sitting around waiting for Cam and Eli to meet in the championship.)