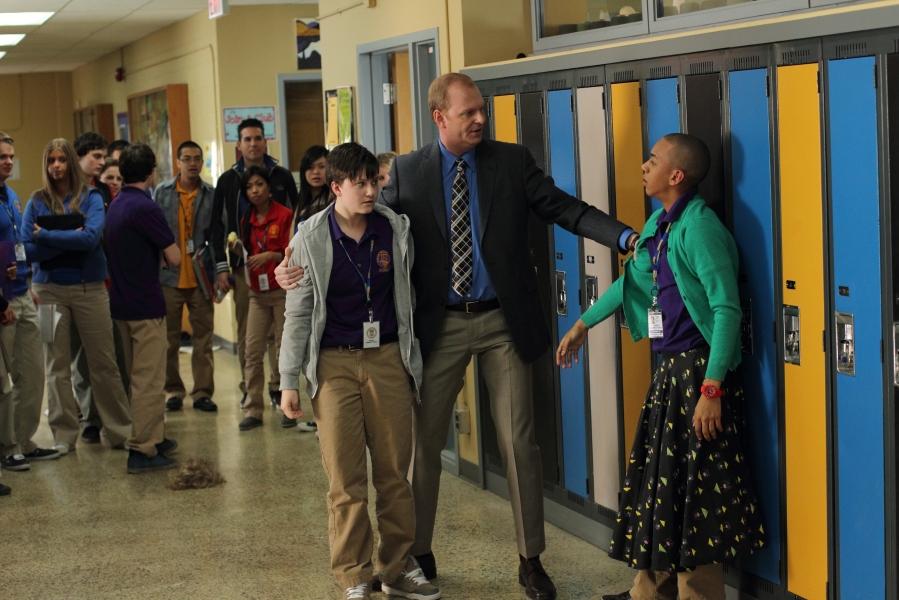 Adam and Dave are 2of my favorite characters. Its funny that I like them considering how different they are. So if this episode had sucked like the entire season 8 I still would have liked it. So Kary is doing an awesome job @ looking @ the whole episode & nt just giving his favorite characters a good review.

Ahhhh really? That’s odd, because recently I was accused by part of the Degrassi fanbase of being TOO biased in my reviews (not you, lol)…aka apparently I automatically give bad grades to characters I dislike, and will give good grades to the storylines of my favorite characters as if everything they touch is gold.

So since I dislike Dave, like Clare and love Fiona (she is currently my favorite character on the show), then I guess there’s no need for any of you to read the following review since my opinions are so predictable. *insert Katie’s cold, GTFO-I‘m-busy stare*

PLOT A SUMMARY: Dave and Adam battle it out to be Degrassi’s next radio DJ, but they work so well together that Sav makes them a radio team. Dave uses the washroom, and Adam follows in him there. While trying to learn how Dave pees standing up Adam is caught staring, which freaks Dave out. In a second encounter in the washroom, Dave discovers Adam trying to use a stand-to-pee device. Freaked out even more, Dave then gets on the radio and asks why women are allowed in the men’s washroom, and he refers to Adam as a “tranny.”

Degrassi’s LGBT community petitions to have Dave kicked off the air, and he’s pissed when he realizes Adam will be doing the show alone. Believing he was only stating his opinion, Dave tries to make a point by dressing up as a girl and going into the girl’s washroom. Dave and Adam wind up getting into a fight, and are both given detention. Adam explains that it’s more than just “dressing up as a guy and trying to sneak peeks at other guys.” In the end, Dave hijacks the Degrassi radio studio and apologizes to Adam over the airwaves.

It’s a plot that didn’t go the way I expected it when I first read the episode description, but it was still enjoyable all the way around. The key to this plot was Dave, and how well his part of the plot was handled. It’s not like other hate storylines where the character comes out of nowhere to hate on someone because of their race, sexuality, etc. The writers went the extra mile that Dave was uncomfortable with Adam being transgender from the beginning. And Dave’s anger in part two didn’t come from him hating Adam just for the sake of being malicious, it was ignorance about transgender that made Dave believe HE was the one being treated unfairly.

I didn’t hate Dave, and could completely understand why he felt awkward (even though his on-air rant was unacceptable). What I also liked was how I didn’t feel sorry for Adam in this episode. Not every storyline involving him needs to be “the transgender kid being victimized,” with us going “Awww, poor Adam.” He’s tough, and he’s proved it on several occasions, including physically manhandling Dave in this episode. The episode also addressed something that seems really rare: normally characters are hesitant to put themselves out there when they’ve got something they’ve been hiding, or keeping on the dl. However, Adam was eager to try and win over Dave’s approval…almost a little TOO eager. I just thought it was very interesting how desperate he seemed to want Dave to view him as just another guy, while Dave was trying to prove that he himself is the big man on campus. It’s also great that we finally get a good look at the acting chops of Jahmil French.

It wrapped up neatly in a bow at the end, but that was expected. It’s kinda hard to figure make a plot like this end any other way, because it wouldn’t be necessary for it to be dragged out over the course of a few more weeks during Now Or Never.

PLOT B SUMMARY: Fiona joins the grade 11 Drama class, and immediately feels like she doesn’t fit in. So she skips class to visit Charlie. She wants to have a picnic with her, but Charlie’s friend Elise is there as well, so all three have the picnic together. Fiona’s mom catches her skipping school and tells her if she doesn’t stay focused on school they’re going to move back to New York. Having not heard from Charlie in a while, Fiona drives by the scooter shop to see her, and witnesses Charlie upset during a conversation with Elise. Fiona tries to comfort Charlie, but Charlie doesn’t want to talk about why she’s so upset and lashes out at Fiona.

Back at Degrassi Eli is so disgusted by the current school play idea that he begs Fiona to throw out some to the class. She does and is named director of the play, while Eli is chosen to be the writer. Charlie apologizes to Fiona, saying she was upset because she kicked out of her place. Fiona then lets Charlie stay with her. 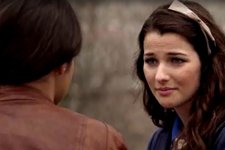 FiFi you know I love you…but now your plot with Charlie is starting to bore me, to tears and beyond. And so begins the decline of my favorite character on the show, giving her storylines with an irrelevant character (Charlie will eventually go down the Dr. Chris route of “now you see me, now you don’t”), and Fiona suddenly behaving as if she’s completely helpless and friendless without Holly J before Holly J has even graduated. I could probably be more lenient on the friendship thing when it comes to the drama class, seeing how Fiona does have a history of not being able to make friends. But there is nothing in regards to the Fiona/Charlie friendship (or potential romance) that draws me in.

The only upside to this plot is how it’s used as a setup for Eli/Fiona interaction. Here we’ve got two incredibly-developed characters with the potential to build a strong friendship with each other.

PLOT C SUMMARY: To get over Eli, Clare decides to join the school newspaper. The editor, Katie gives Clare a test assignment: write a 100-word article about how to get over a breakup. Clare decides to write a 5-page essay thinking it’ll impress Katie, but Katie rejects it, and Clare doesn’t make the cut. Clare tries many times to apologize to Katie, who just wants her to go away. Eventually Sav talks to Katie behind the scenes, and Katie lets Clare join the newspaper staff. However, there’s a catch: Clare’s assignment is to cover school play, which is being written by Eli. 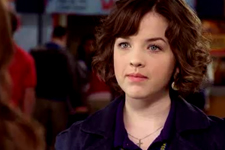 While watching this episode, on more than one occasion I thought to myself, “Clare why are you being so annoying?”

“You. Are. Drama,” Marisol said to Clare, and it seems to an extent she’s right. In Season 10 Clare was sucked into other people’s drama (Eli’s and her parents’ divorce). So far in Season 11 she’s the one that’s creating drama around her, and I’m not sure if I like that.

Meanwhile, Katie was fantastic. I don’t classify her as the next “Paige” or “Holly J” because she’s not a Queen-Bee type character. She’s a rigid, highly-focused overachiever. She has a certain path she follows to get where she wants to go, and if you try to get in her way she’ll just tell you to fuck off because she doesn’t have time for you.

Sav talking to Katie to let Clare join the staff was such a cop out, but they made up for it with a brilliant final scene where Katie forces Clare to cover the school play and interact with Eli, the one thing she was hoping to avoid.