The complete second season of Andrea Lewis‘ “Black Actress” is now ready for your binge-watching pleasure.

The series, created by and starring Lewis, follows actress Kori Bailey as she deals with the struggles of jumping back into the acting scene. Links to watch all of season 2 are below. 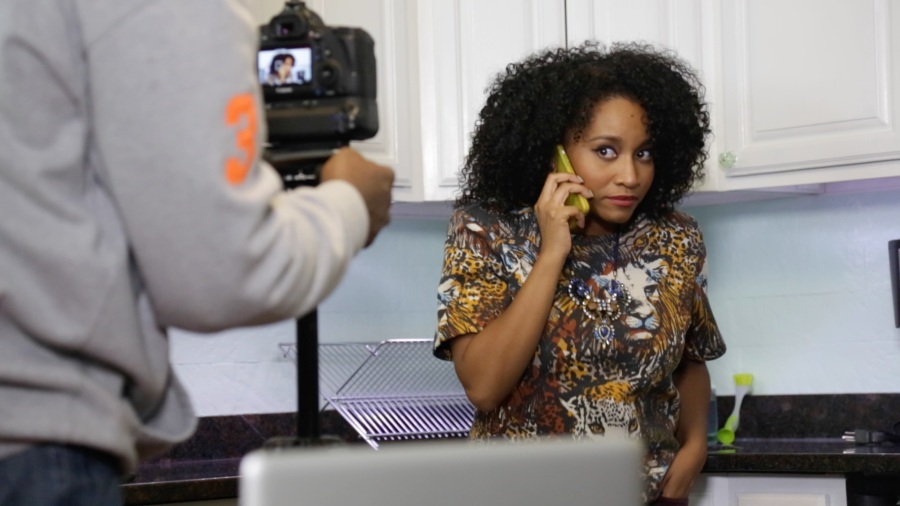 Episode 1: featuring Amber Riley
Kori is back to auditioning but she isn’t booking and is contemplating getting a real job and getting a real man, possibly with Romeo if she can get it together.

Episode 2: featuring Aisha Hinds
Kori has to deal with “actress trends” and whether she fit the mold of the actresses that are on TV right now. Izzy lends her friendly advice and but has her own problems to deal with when she confronts Jermaine about their relationship.

Episode 3: featuring Garcelle Beauvais
Kori deals with the competitve and sometimes nasty nature of the business and how to deal with Frenemies.

Episode 4: Keesha Sharp
Kori meets with a very accomplished acting coach, Stella played by series producer Essence Atkins, to help her with her upcoming audition and she begins the process of breaking her down. Romeo takes things up a notch and invites Kori and Izzy out for a group date and his true feelings for her are revealed.

*NEW* Episode 5: Featuring Erica Hubbard
We picked up right where we left off, Kori is still steaming mad at Romeo but his apology sparks inspiration and gives her the professional break through she needs to go to the next level with Stella.

*NEW* Episode 7: Salli Richardson Whitfield
After Romeo gets in Kori’s head about her next gig, his encouragment quickly turns to jealousy when Kori mentions going out for the next big movie.