The countdown to the #SummerOfDegrassi has begun in Canada.

Did you hear? @Degrassi : Next Class is coming back to F2N on July 19th at 9:45pm ET/PT ! #DegrassiOnFamily . pic.twitter.com/V4z6rUMPLu

Not only is Family Channel flipping back to the weekly broadcast format for season 2, on the digital front they’ll be releasing all 10 episodes in the new Family Channel App on Friday, July 22, the same day as Netflix’s worldwide release date for Season 2. 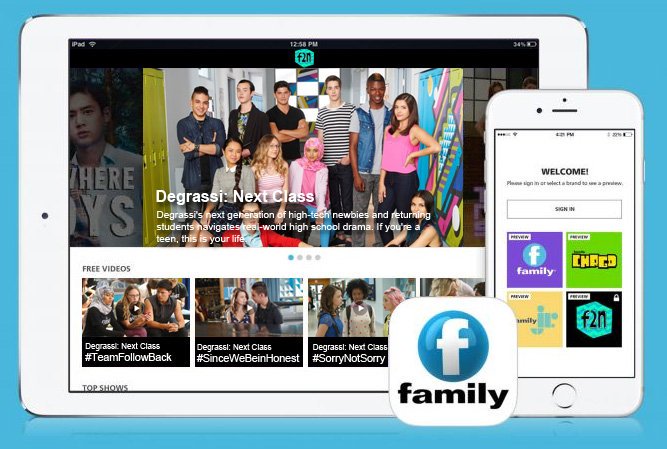 For the free app (available through iTunes and Google Play), you must already be a Family Channel subscriber in order to sign in and access the episodes.

According to the press release from Canada NewsWire, prizes will be given away throughout F2N’s 10-week broadcast schedule:

As new episodes continue to air weekly on Tuesdays at 9:45 p.m. ET/PT, fans will want to tune-in for the weekly watch and win contest. Each week, a lucky winner will be selected to receive Degrassi swag, including props, scripts, autographed merchandise and more!

Season 2 not only continues the drama from Season 1, but we’ll also witness the return of former Degrassi: TNG cast members as the Degrassi franchise celebrates its 500th episode.

The release also confirmed that Seasons 3 and 4 will air in 2017. These two seasons are currently being filmed now, and you can find more info on them here.