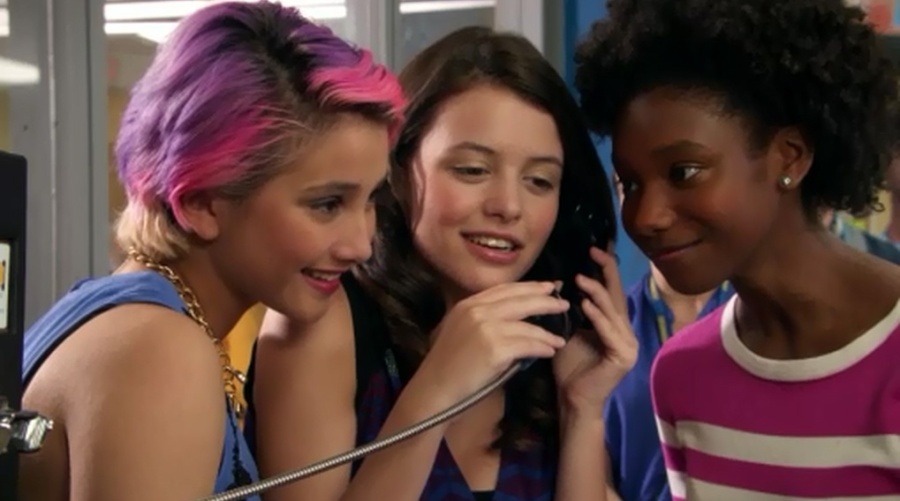 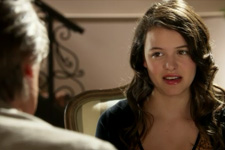 It’s Frankie and Hunter’s 15th birthday, and to celebrate their mom is throwing them a Gatsby party.  However, Frankie’s upset when her dad shows up to give her a present that morning.  Her parents are separated, and Frankie wants nothing to do with her dad because he tried to make her take the blame for Degrassi Nudes.  Lola and Shay suggest Frankie use Mr. Hollingsworth’s desire to buy Frankie’s love to her advantage, so she orders a bunch of extra stuff for her party (including a horse).

Frankie gives her father the cold shoulder when he arrives at the party, and she takes off with Winston to hang out on a private jet.  Frankie’s mom eventually finds her, and tells Frankie she’ll have to tell her dad herself if she doesn’t him in her life.  The next day, Frankie tells her dad she doesn’t want to see him anymore and her love can’t be bought.

GRADE: A
QUICK REVIEW: Frankie is a wonderful, genuine character who literally makes me feel emotional when she gets emotional.  In case you forgot, her dad tried to screw her over…big time.  He was willing to throw her under the bus for his own personal gain.  Frankie has every right to be upset with her dad.  I know Lola and Shay were all for Frankie taking advantage of the situation and just using her dad to get anything she wanted.  For some people that might work, but let’s be honest; that’s not the Frankie way.  Just like with Miles, who constantly showed that he wants his father to show him love instead of bribing him, we’re seeing the same thing with Frankie.  It’s also interesting how vastly different Hunter’s perspective has been through all of this.  He’s more of a loner caught up in his own world, so it’s not surprising when he seems excited to see his dad in this episode.  We’ve seen so much in terms of the relationship between Miles and Mr. H, so it’s nice to see the nitty-gritty when it comes to Frankie’s point of view.  No one really wants to see Frankie forgive her father for his abhorrent behavior, but her giving him a second chance is more a testament to her maturity and getting what she truly wants from her father than just absolving him of being a crappy dad. 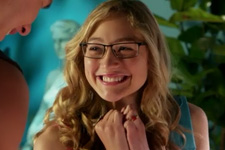 After the Matlins install a security system, Zig reveals to Maya that he knows Damon’s gang was responsible.  Maya’s mom gives her a spa pass for two and tells Maya to take a girlfriend with her to relax.  The only problem is Maya doesn’t have any girlfriends; the closest thing she has to one is Grace.  When Maya begs Grace to go she declines, so Maya goes to the spa alone.  However, Zig shows up because he didn’t want Maya to feel like she had no one.

While they’re getting a mani-pedi, Zig tells Maya that he needs to move out because he doesn’t want something to happen to her because of the gang drama.  Maya pleads with him not to leave and that they can protect each other if he stays, and Zig agrees.  The next day Maya apologizes to Grace for being so desperate, and during their conversation Zig’s name comes up; Maya realizes she finally has romantic feelings for him.

GRADE: A-
QUICK REVIEW: The plot is very relatable because Maya doesn’t really have any close female friends.  As an adult I’m a loner by choice, but back when I was Maya’s age it was really awkward when my mom would do the same thing Maya’s mom did, assuming I had all these close friends I could hang out with when I didn’t.  I’ve loved Maya since 13C, and the friendship between her and Zig was a beautiful thing to see in this episode.  Zig continues to be awesome, and I loved the conversation between the two of them at the spa.  They’ve grown to become two characters who care about each other and will do anything to protect each other. However, the ending (Maya realizing she has feelings for Zig) is legitimately concerning.  Zaya gets teased, but it always seems to lead to any other couple except them happening.  Zoëmund is lurking around some corner somewhere, as is Miles with his renewed feelings for Maya.  There have been so many different love pairings, triangles and squares between these four.  I’m going to enjoy the beautiful Zaya moments in this episode, but the warning signs are there things will get messy. 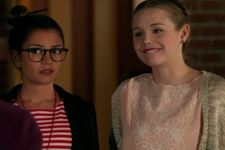 While Jackogen is walking through the halls, Damon starts harassing them.  He wants the “two lesbians” to kiss for his amusement, and Imogen is offended by his remarks.  She knees Damon in the nuts, right in front of Principal Pill.  In Pill’s office, Imogen wants to fill a complaint and get parents involved, but Jack abruptly declines; she says Damon was just being stupid and wants the entire situation to be put to rest.  After leaving Pill’s office, Imogen is furious that Jack didn’t have her back.

Later, Imogen goes to Jack’s house and is greeted by Jack’s mother.  Before Imogen can say the two are dating, Jack cuts her off and says she and Imogen are best friends.  Jack tells Imogen that she hasn’t come out to her parents yet.  Upset by the revelation, Imogen storms off.

GRADE: B-
QUICK REVIEW:  Well, this is an interesting twist.  I get why Imogen would be upset with learning that Jack hasn’t come out to her parents yet.  Jackogen has been dating for a while, so you’d expect something like this to come up eventually.  It really is surprising that Jack isn’t out to her parents, and that’s the appeal for me in this storyline.  She comes off as this cool, confident girl, so you’d never expect it.  The more prominent characters on the show are almost always the ones who are in the closet, struggling with not coming out to someone important in their life.  Now we’re seeing the roles reversed.  I knew the Jackogen plot would pique my interest in 14B.