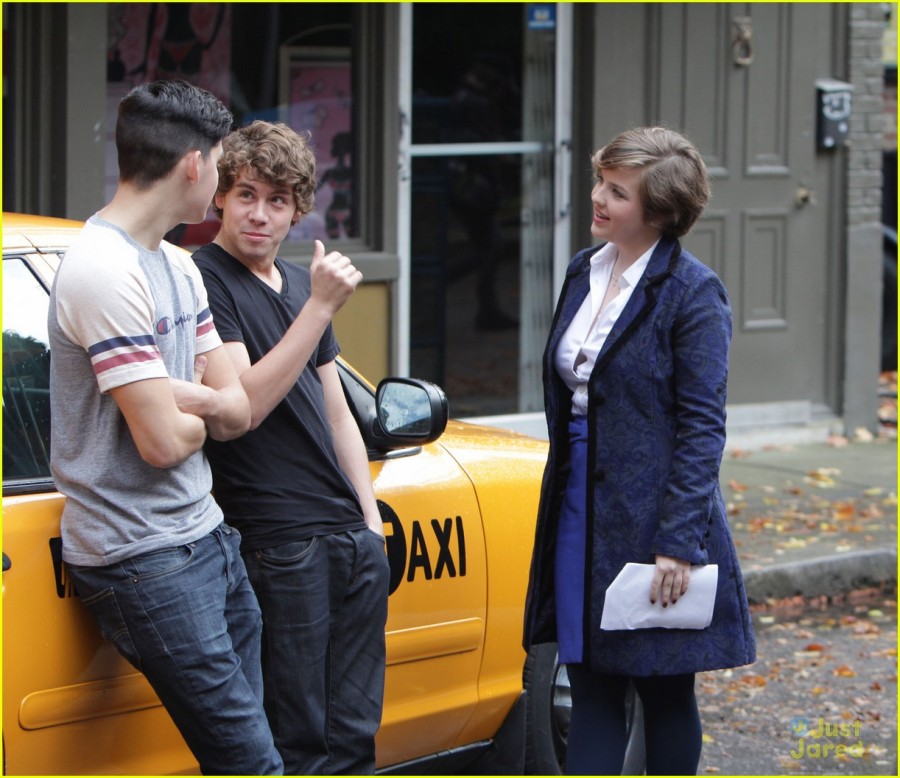 Rarely does Degrassi receive any kind of public, on-set coverage about episodes while they’re being filmed, but Just Jared Jr published photos of Munro and Aislinn filming scenes on Thursday, October 17th.  Ricardo was spotted as well, but he ALWAYS seems to be on set (despite the fact he’s only appeared in one season 13 episode to date). 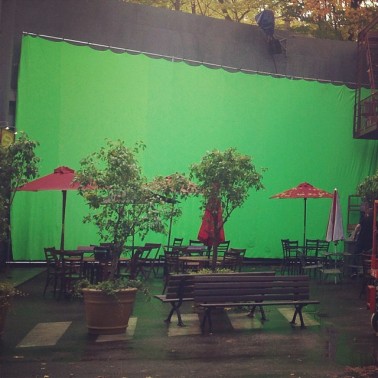 The photos feature an NYC taxi and the exterior set has been redesigned, so it looks like Clare is headed to The Big Apple to visit Eli later in the season.  Keep in mind that the episodes currently being filmed are the final four episodes of season 13, so we have at least 6 months and nearly 25 episodes before any of this comes to fruition.