The term “Degrassi Network” has been thrown around in the Degrassi universe for as long as I can remember, but this summer I’ll be striving to make it a reality…sort of.

For the duration of Degrassi’s summer block I’m creating something called Degrassi Network, which is exactly what it sounds like: a simulation of a TV network that is all Degrassi, all the time.  We’re talking more than just featured content; there will be commercials, bumpers and other things that can make Degrassi Network feel as real of a “network” as a guy (me) is capable of doing on his teeny computer in his bedroom (You’ll never confuse it for TeenNick or Much, but whatev!).

The overall theme of Degrassi Network is #DegrassiFriday.  The networks are airing Degrassi on Thursdays, but I’ll still be acknowledging #DegrassiFriday by posting content on Fridays.  The primary content will be the two series revealed in the promo below: Degrassi Extra and Degrassi Vine.

The telenovela format may not be happening this summer, but I’ve decided to bring back Degrassi Extra for a third season anyway.  For those new to this blog it’s a fast-paced, sarcastic recap of the Degrassi episodes.  You can check out Degrassi Extra Season 2 (last summer’s telenovela, Showdown) here: https://degrassiblog.com/degrassi-extra-season-2-showdown/

Degrassi Vine is an all-new web series that I’m producing for Degrassi summer 2013. 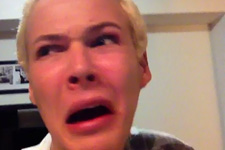 Lyle is horrified after learning Kary got a hold of some of his vines! #TrollinInTheDeep

It’s one of those things that’s easier to show than to explain (sadly, you’re gonna have to wait to see what I mean), but basically this series will be a collection of Degrassi-related parody videos.

The inspiration for and reason why it’s called Degrassi Vine (even though Instagram just came out with video) is because I noticed how incredibly goofy the cast behaves in the Vine videos they post.

A lot of the video will be of and taken by the Degrassi cast and crew.  I’ll be putting on my trollin’ hat and twisting the videos around to make them seem even sillier than they already are.

If the clips seem extremely random and stupid don’t worry, they’re supposed to be.

New episodes of Degrassi Extra and Degrassi Vine will be posted Fridays this summer here on DegrassiBlog (unless my computer explodes or I die of fangirlitis before then).