Welcome to the very, very early beginning of 2013’s Degrassi March Madness!!  For those new to this site over the past 2 years, I started Degrassi March Madness back in 2010.  It’s just a large character battle tournament where fans vote for who they want to move onto the next round until there’s a champion.  The first year was a character tournament; the second year was a ship tourney…you can view both of those final brackets below: 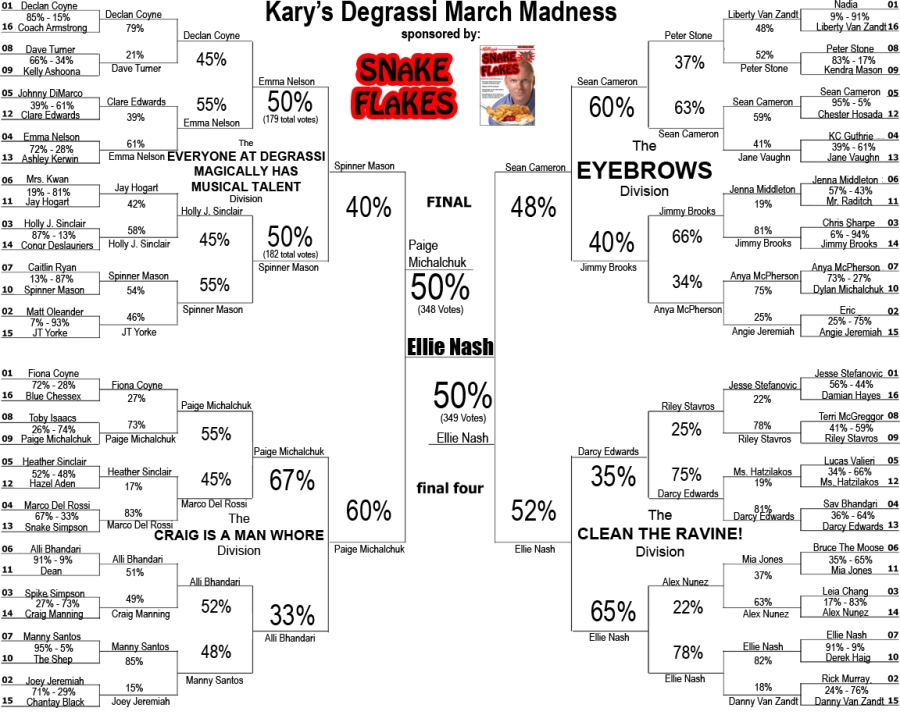 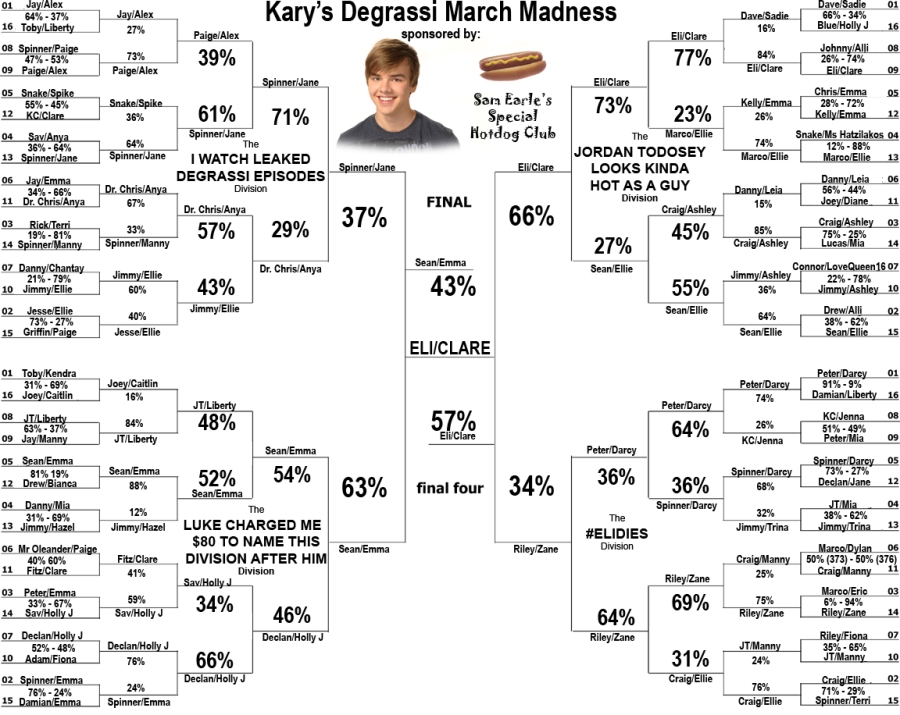 I took off last year, but now it’s back!  This year, the beginning of the tournament is going to be a little different.  In previous years the initial brackets were chosen by me randomly pulling out names from a hat.  The ranking numbers next to their names had no value.  This year, you will have a hand in how the brackets are set up.

Below are four blocks made up of the 64 Degrassi characters who will be participating in this year’s tournament.  Your job this week is to simply vote for your favorite characters.  You can vote for more than one character in any/all of the blocks, and you can vote multiple times.  The four characters with the most votes will be the four #1 seeds, the next four will the #2 seeds, etc until the bracket is complete.  In other words, voting for a bunch of your favorite characters now will make their road to the DMM championship a lot easier.  In the event of any ties (primarily for the characters who receive little to no votes), I’ll use a coin flip or something for the tiebreaker.

Voting goes on now through Friday, March 15th at 10pm.  Votes are for seeding purposes only.  The official bracket will be unveiled on Saturday, March 16th.  The actual Degrassi March Madness tournament will begin on Monday, March 18th.

VOTING IS CLOSED FOR THE PRELIMINARY ROUND. THE OFFICIAL BRACKET WILL BE POSTED ON SATURDAY, MARCH 16th.