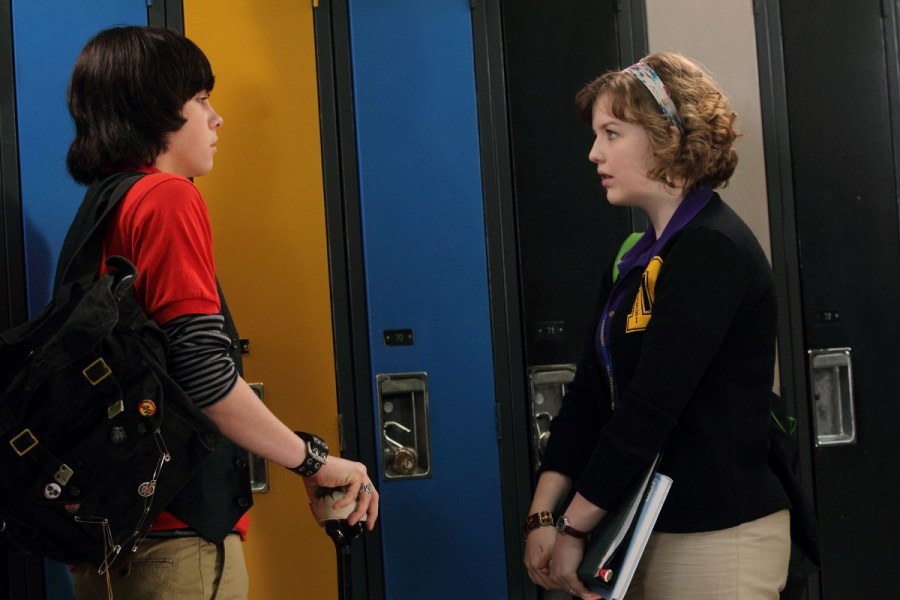 I’m going to take partial credit for the absolutely amazing hallway scene after the opening credits of this episode…all that complaining I did about how we never see characters “just existing” at Degrassi except when they’re directly involved with the main plots paid off!! They mastered that sort of thing in Degrassi Junior High/Degrassi High (watch the background of any given episode), so combine that with the technology we have nowadays and those types of elements look flawless. Just the fact that we saw Katie (even if it were just for a couple of seconds) will make her first full appearance on the show seem natural, because it won’t feel like she just popped up out of nowhere.

PLOT A Summary: School is back in session after spring break, and Clare can’t understand why Eli’s taking their breakup so well. Jake, a childhood friend of Clare’s, moves back and she tries to use him to make Eli jealous. It doesn’t work, and she freaks out on Eli in front of everyone at Above The Dot. Jake tells Clare she needs to move on with her life, and he kisses her. The next day Clare starts to feel as if she can finally move forward, and she apologizes to Eli. She learns that he’s on anti-anxiety medication, which explains his emotionless reactions toward her. 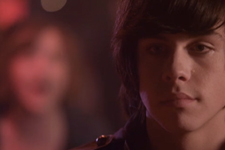 I thought this was a pretty solid plot. Though very overdramatic on the surface, Clare’s core issue is one that’s extremely relatable on the relationship front. It’s also an issue that’s tough because sometimes it’s difficult to pinpoint why you’d still feel things for someone you just ended a relationship with. Through Clare’s outburst you can get why she’d feel hurt and confused not understanding why it took ages for Eli to get over Julia, but when it came to her it felt as if Eli was like “….and you are…?”

Unfortunately Aislinn’s strong point isn’t when she has to show A LOT of emotion in a scene…her character yelling at Eli just came off as hokey. I liked it much more in the scene prior when Clare just watched Eli from afar, and the emotional story her facial expressions told was more natural.

I loved both Eli and Jake in this episode. Eli’s response to everything was perfectly emotionless. Jake made a positive impression on me. His character was instantly charming, and he was that way the entire episode. However, I am NOT sold on the Cake kiss…it felt beyond forced, so Clare’s mini swoon over Jake the next day seemed rushed.

This plot got the job done…now we wait for the X factor: Imogen.

PLOT B Summary: Jenna feels tired and lonely, while KC lives as if life is the exact same as it was before the baby. KC hangs out with the gang at Above The Dot, but Jenna shows up with Tyson. Jenna tells KC that he needs to step up and take care of the baby while she has fun for once, leaving him with baby duty for the night. Later, Jenna also calmly tells KC that she wants and needs him to be around more….KC then asks Jenna if she and Tyson want to move in with him and his mom. 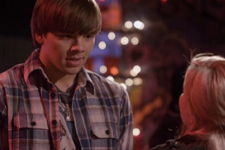 The end of this plot was endearing when Jenna got emotional over being asked to move in with KC, but other than that this storyline was just kinda there. Kenna seems to always be “just kinda there.” I’m starting to enjoy Jenna a *little* bit, but there’s nothing that ever keeps me engaged when it comes to Kenna. KC is still an extremely vague character because we’re supposed to continue to hold onto the belief that he’s a “good guy who makes a lot of mistakes because of his past.”

Do you know how plots are supposed to work? This diagram will show you the way:

Climaxes don’t need to be deaths or car crashes by the way…but Kenna plots are usually just a straight line. Maybe injecting Marisol into their lives won’t be such a bad thing after all.