There are two types of Degrassi fans: those who’ve patiently waited for Next Class to arrive on Netflix, and those who haven’t.

I’m a mix of both, having watched roughly half of the episodes so far. I’m sure I’ll end up watching this series countless times once it gets to Netflix, but here’s a couple of thoughts about what you can expect from this new version of Degrassi.

It looks (and feels) different.
There’s a new set. The old one will forever have a place in my heart, but I’m enjoying the new look of Degrassi. I find myself noticing the lighting in scenes because it’s more prominent and seems to be carefully crafted, ranging from the bright hallways of the school to the shadow-filled bedroom of Miles Hollingsworth. 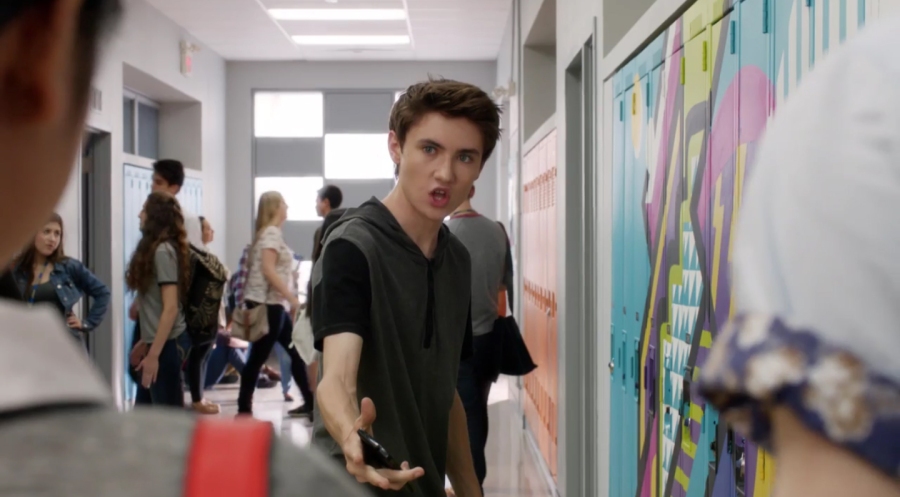 With the newly-designed set, this hallway is now brigher.

Degrassi also tests some new camera/editing techniques on occasion (they’re not *new* new, they’re new to this show…you’ll know them when you see them).

As far as the show being “edgier” as they’ve said in every interview since last summer, the show feels  heavier than it did in recent years on TeenNick, as evident by the issues they’ve decided to tackle.

Yeah, Degrassi’s still taking on personal topics such as anxiety, illnesses and heartbreak. However, they’re also addressing hot-button issues such as feminism and GamerGate that have extremely passionate opinions from real-life people on all sides. As of now we’ve only received a few super generic reviews from entertainment sites about Next Class. Virtually no media sites wrote reviews about Degrassi when it was on TeenNick, so hopefully the jump to Netflix will get them to actually put forth an effort into breaking down Next Class with insightful commentary the way they review other Netflix shows.

Technology defines this show.
Degrassi wasn’t kidding around when they said technology plays a role in every storyline. Sometimes the online world is what drives the plot (things accidentally getting posted online, or someone getting harassed on social media).

Other times it’s thrown in there as a reminder of how technology-dependent this generation is. The more I watch the new opening sequence the more impressed I am; Degrassi has gone out of its way to create an entire online universe within the Degrassi universe itself.

There’s a good chance your favorite character will be “problematic.”
If “fanservice” was the the most-overused fandom word of 2015, “problematic” might be the chosen one for 2016. In my upcoming review of episode 103, #YesMeansYes, I’ll point how viewers tend to hold characters to Utopian standards, which is insane. You can’t expect the show to be realistic and have your unrealistic expectations of the characters to be people who say and do the right thing all the time.  One thing I’ve noticed is that characters in Next Class will casually make statements I don’t agree with because they’re misinformed or they don’t know any better (ex: someone makes a casual remark about how feminists get angry over everything), not because they’re trying to be hateful or malicious. You’d almost think Degrassi’s doing this on purpose, seeing as how we’re all guilty of saying and doing stupid shit.

The “gray area” is bigger than ever before.
I’ve said many times on this blog that Degrassi likes to explore the gray area of situations. Life will try to make you believe that things are always black/white, right/wrong, etc., and that’s just not true in all cases. The thing with Next Class is that with certain issues, especially the social ones, Degrassi presents both sides of an argument, and I’m left feeling like both sides have valid points (I’m specifically referring to a couple of things that happen in the episodes #NotOkay and #NotAllMen). 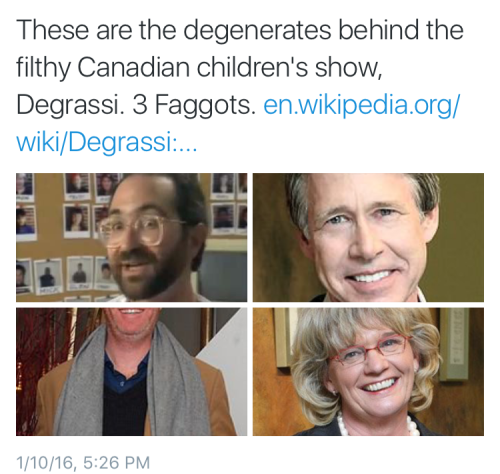 The promo for #NotAllMen caused an uproar online before the episode even aired in Canada, and the responses from real-life people are exactly how you’d expect people to express their opinions online in today’s digital age. Coincidentally, that’s addressed in this season as well. The move to Netflix places a bigger spotlight on Degrassi: Next Class…I have a feeling this will make things quite interesting for this show.