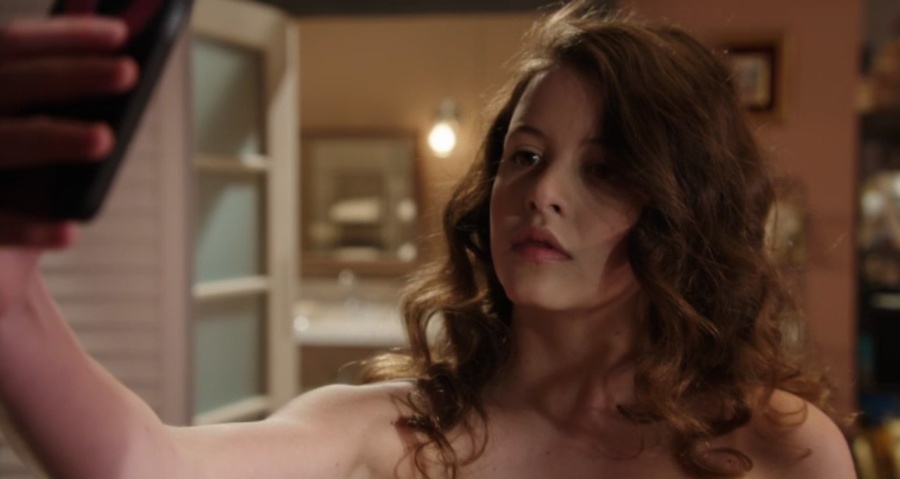 Frankie and Winston are in her bedroom coming up with fundraiser ideas when the young couple starts making out on Frankie’s bed.  When Winston grabs for Frankie’s chest she stops him, telling him she likes him but doesn’t know if she’s ready to go that far.  She also doesn’t want to be caught in a “compromising position” with her family downstairs.  Winston jokingly takes his shirt off and starts tickling her, and of course since Frankie mentioned not wanting to get caught that means Hunter, Miles and her mother walk in on the couple.  Mrs. Hollingsworth tells Frankie she’s not allowed to have boys in her room anymore, and Frankie gets upset because Miles is basically allowed to do whatever he wants.

Still upset over the double standard that boys can do whatever and girls are either seen as “perfect angels” or “sluts,” Frankie shares her tirade with the cheerleading squad.  The group needs several thousand dollars for new uniforms and other things.  With Zoë in the frame of mind that guys take what they want and now it’s time for the girls to fight back, she comes up with a fundraising idea: Degrassi Nudes.

Using Grace’s help, the squad sets up a private website where guys at Degrassi can request nude pics.  They pay money with a credit card, then the girls send topless photos of themselves through Oomfchat.  The only rules are 1) the pics must be anonymous, and 2) no one outside of the cheerleading squad must know anything.  While everyone on the squad is all for it, Frankie is the only one who doesn’t want to do it.  However, she eventually caves to the pressure.  At home, Frankie gets dressed up for a campaign event, but her mom wants her to change in to a “less sexy” dress.  Frankie’s still upset at her mom’s double standards, and Mrs. Hollingsworth refuses to give Frankie any freedom.  An angry Frankie receives a request for a nude pic, and sends one in the heat of the moment.  Later, she sees her brother Hunter looking at nudes on Oomfchat; Frankie tells Zoë they need to quit, but her request falls on deaf ears since they’re making lots of money now.

All Maya seems to think about nowadays is Miles’ well being; she knows something is wrong, but no one seems to notice.  She brings up her concerns to Tiny and Zig, who only joke about the fact Miles “is gay” now.  During her period in the rubber room, Maya has a daydream where Miles jumps off the same railing Cam did in the season 12 episode, Rusty Cage.  Ms. Grell calls Maya’s mom about Maya’s screaming incident, and Maya’s forced to tell her mom that she’s afraid Miles will hurt himself.

Miles eventually shows up at Maya’s house livid, because her mom told his mom what Maya said.  Miles demands Maya get over him and stay out of his life, leaving Maya to feel like a screwup.  Having heard the conversation, Zig enters the room and tells Maya she’s not a screwup; he would certainly be worse off than he is now if it weren’t for her help.

Who Is Becky Baker? 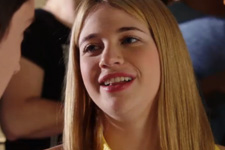 Jack and Imogen decide to hit up a roller derby match, and invite a lonely Becky.  However, Becky suggests that she needs to find a date so she’s not a third wheel.  Jackogen helps Becky set up a dating profile to meet a new guy, despite her being a debbie downer during the process.  She meets the guy at the roller derby and he seems like he’d be a perfect match:  he’s smart, outgoing, athletic and Christian.  However, Becky finds herself hating him because he’s too perky and reminds her too much of her old self.

This new, jaded Becky bails on her date and ends up bumping into Drew on the street.  He tells her he misses her and his life since the pregnancy bombshell has been complicated.  Becky tells them she wants complicated in her life, and the two share a kiss.