Voting for this round is over. Below are the final results for the 2nd Round of Degrassi March Madness: 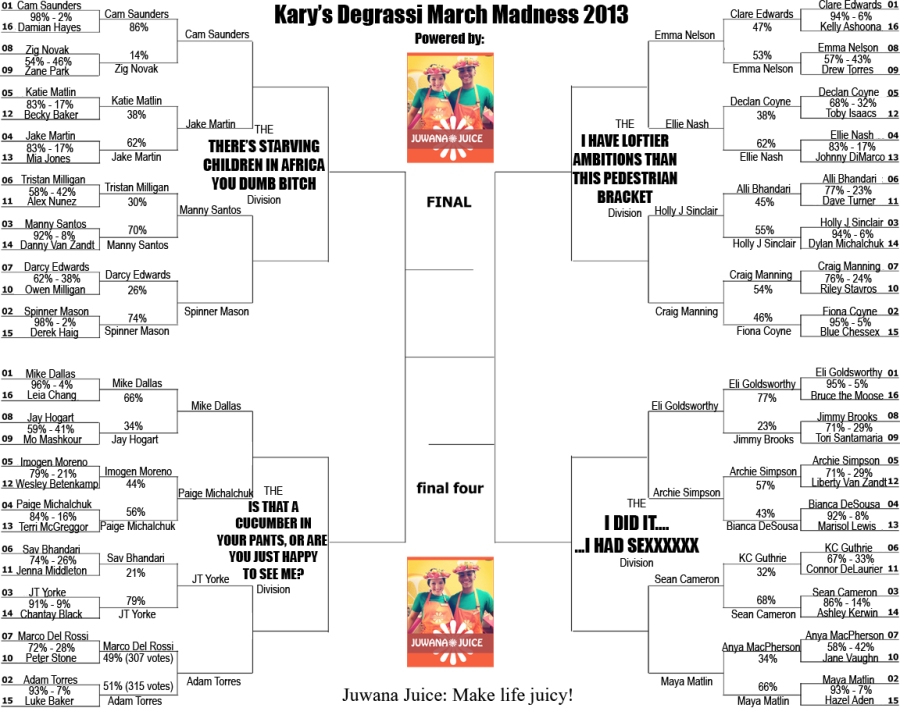 I’d be lying if I said I wasn’t surprised at the early exits of Clare and Fiona, especially Fiona who is currently at the top of the mind for fans since she’s in the midst of a storyline on the show.

I was asked about hiding the results of the matchups before they’re finished (something I’ll probably end up doing in the final rounds), but the Marco vs. Adam battle is a good example of why the results should be readily available.  Adam only won by 8 votes.  He was losing going into the second day of voting, but not by much.  They kept going back and forth the entire day.  I predicted Adam would make it to the Final Four, but if he was barely able to get past Marco, I don’t see how he stands a chance against JT. 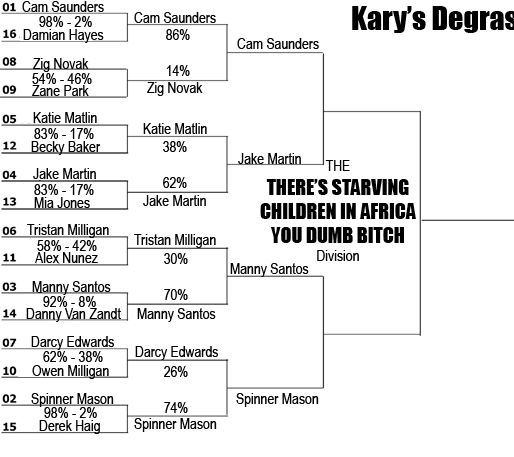 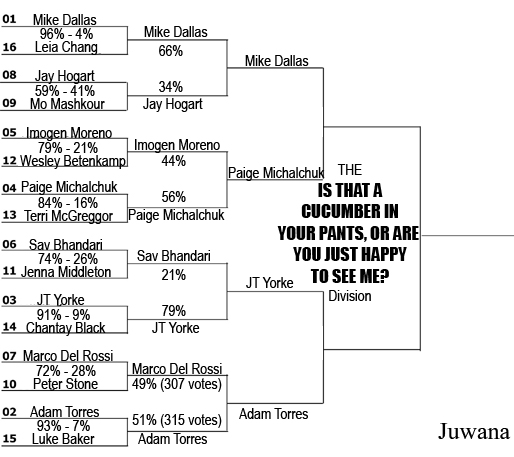 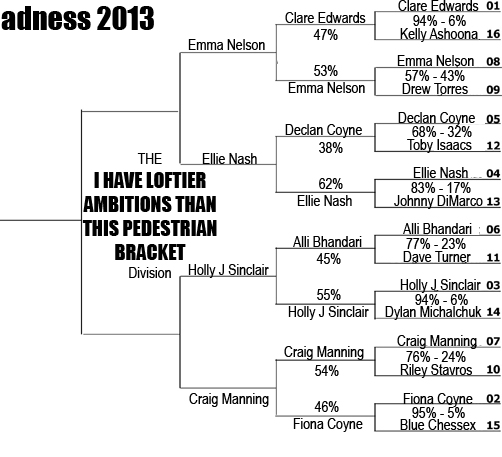 There are 16 characters left.  For those who didn’t think the old school TNG characters stood a chance in this tournament, they now outnumber the new-school characters.

Below are the current standings as of March 20th.  In this 2nd Round you received 2 points for every correct guess.

A majority of the people in the pool (myself included) had Clare and Fiona moving onto the Sweet 16.  Some it only hurt them a bit; others it busted the entire Loftier Ambitions section of their bracket.  The first two rounds can be forgiving if you make a few mistakes.  A lot of people have picked the same handful of characters for the Final Four/Championship rounds, so how well you do in the Sweet 16 and Elite Eight rounds could be the difference between you winning and losing.

Kary’s Bracket – 57 pts (I did well in the 2nd round because I was perfect on the entire left side of the bracket.  There were so many people who were so close to doing the same, but got tripped up because they incorrectly picked Katie, Imogen or both.  I had Clare going all the way to the Final Four.  That will hurt more down the road than it does now, but the rest of my bracket is still intact for the moment.)